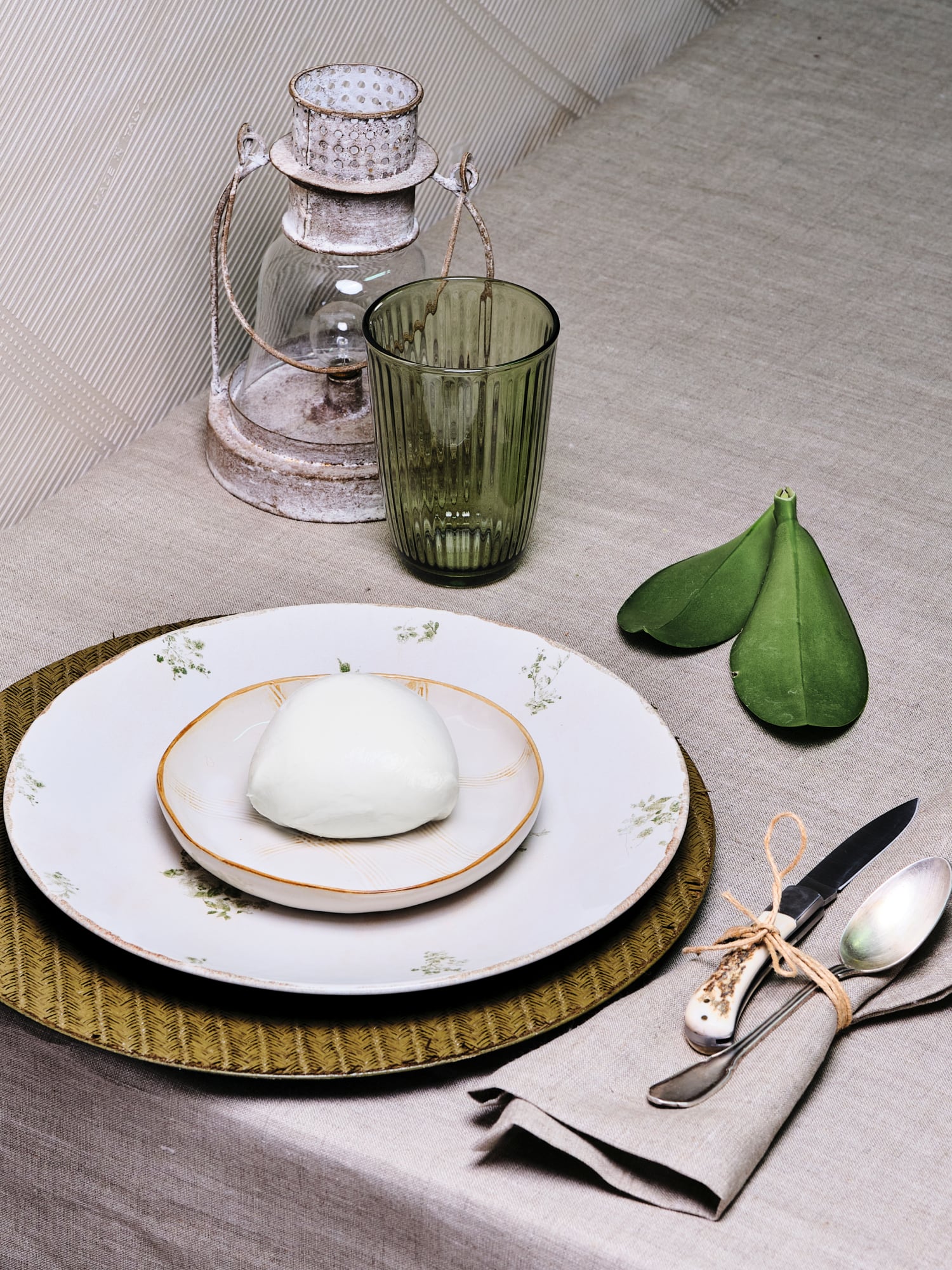 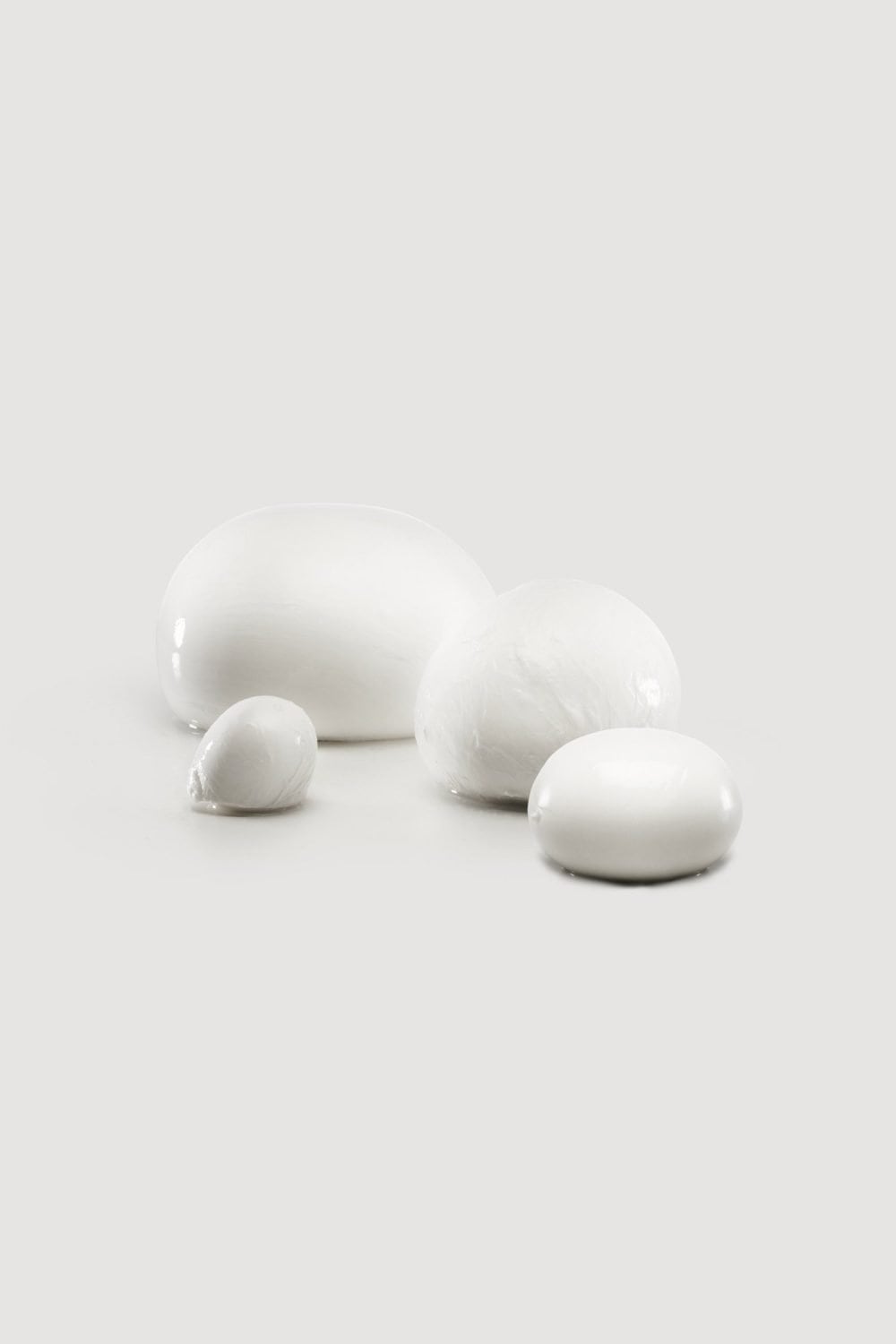 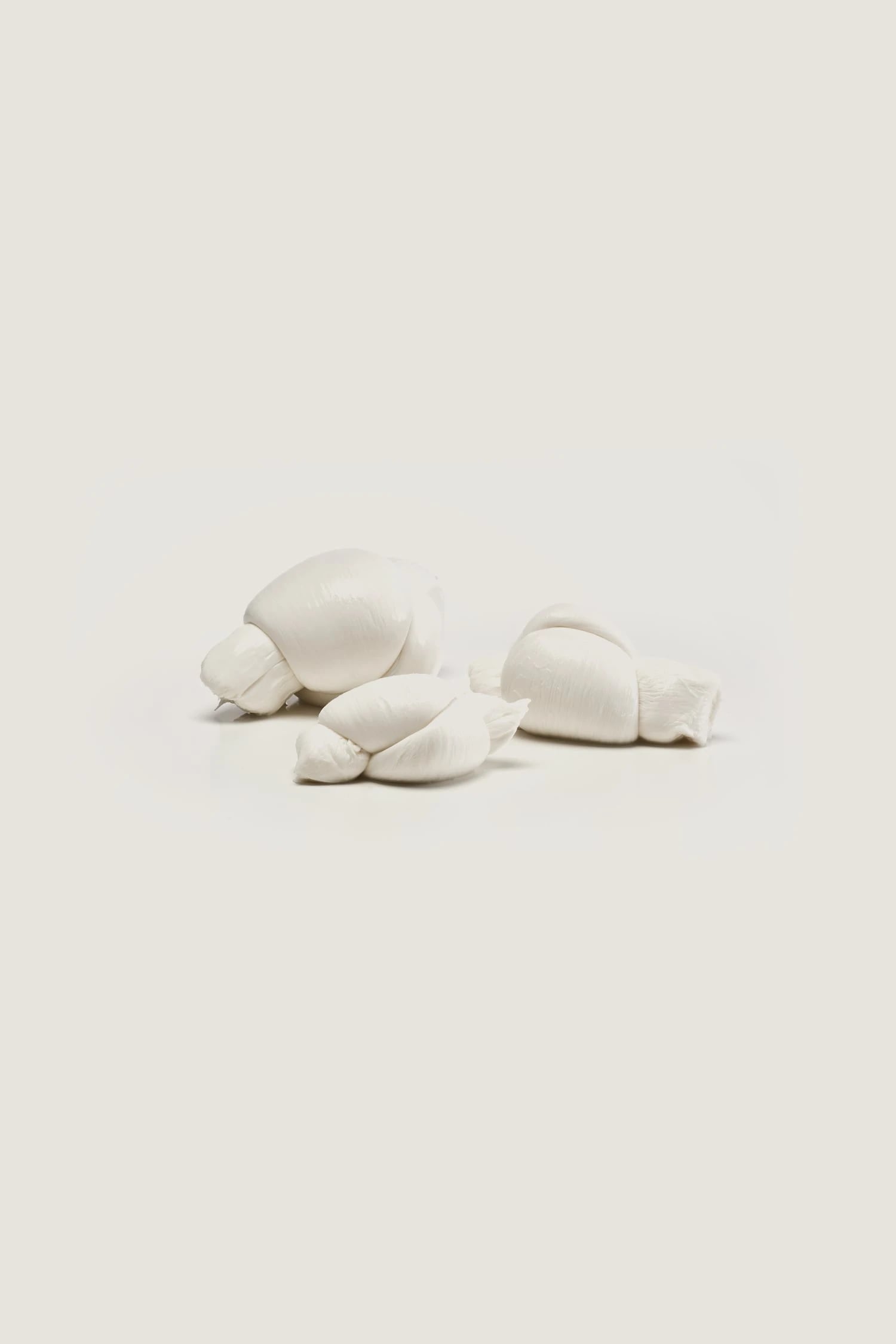 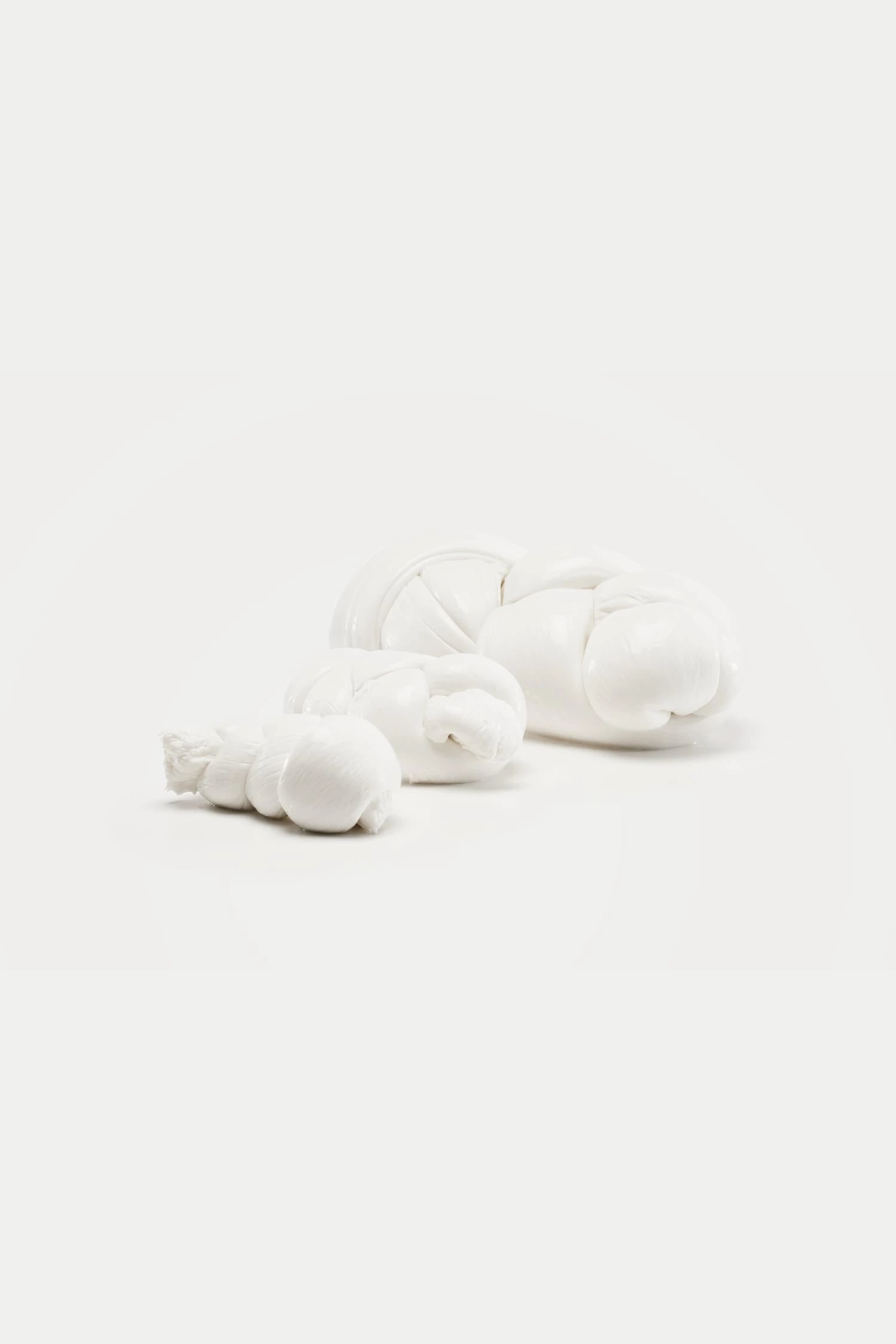 Mozzarella di Gioia del Colle PDO is a fresh pasta filata cheese of absolute typicality, made only from whole cow’s milk, with the addition of natural whey culture, no preservatives, additives or adjuvants, and whose geographical area of production is within the territories of the Bari and Taranto Murgia.

For the production of this mozzarella, which is now part of the list of 63 PDO, PGI and TSG food and wine products from Apulia, the production disciplinary provides that the curd must be obtained by adding to the milk the whey starter culture from the previous day’s processing, in varying doses depending on its acidity, and that it must be left to mature for at least two hours.

Caseificio Palazzo has been using this artisanal method since 1957 and uses it for the production of all its cheeses: natural whey starter gives to the ‘Mozzarella di Gioia del Colle PDO’ fragrances and scents that are typical of the areas where the cows are raised, since it is obtained daily from the whey of milk itself.

Caseificio Palazzo is among the certified producers of Mozzarella di Gioia del Colle PDO and is a founding member of the Consorzio di Tutela (Protection Consortium).

Mozzarella di Gioia del Colle PDO is based on a traditional recipe made of a few natural ingredients: pasteurised cow’s milk, whey starter culture, salt and rennet, with no preservatives, additives or adjuvants. Its production, milk processing and packaging area take place in the territories of the Murgia of Bari, Taranto and part of the municipality of Matera in Basilicata.

Murgia: The value of a territory

The disciplinary of “Mozzarella di Gioia del Colle DOP” requires the control of the whole production chain, from the production and processing of milk to the packaging of the cheese, involving not only dairies but also farmers.

Milk comes from farms where grazing is compulsory for at least 150 days a year and cattle are fed with a ration rich in fodder coming from the Murgia area which represents at least 60% of dry matter. These are the factors that influence the aromatic characteristics of the raw material and consequently of mozzarella.